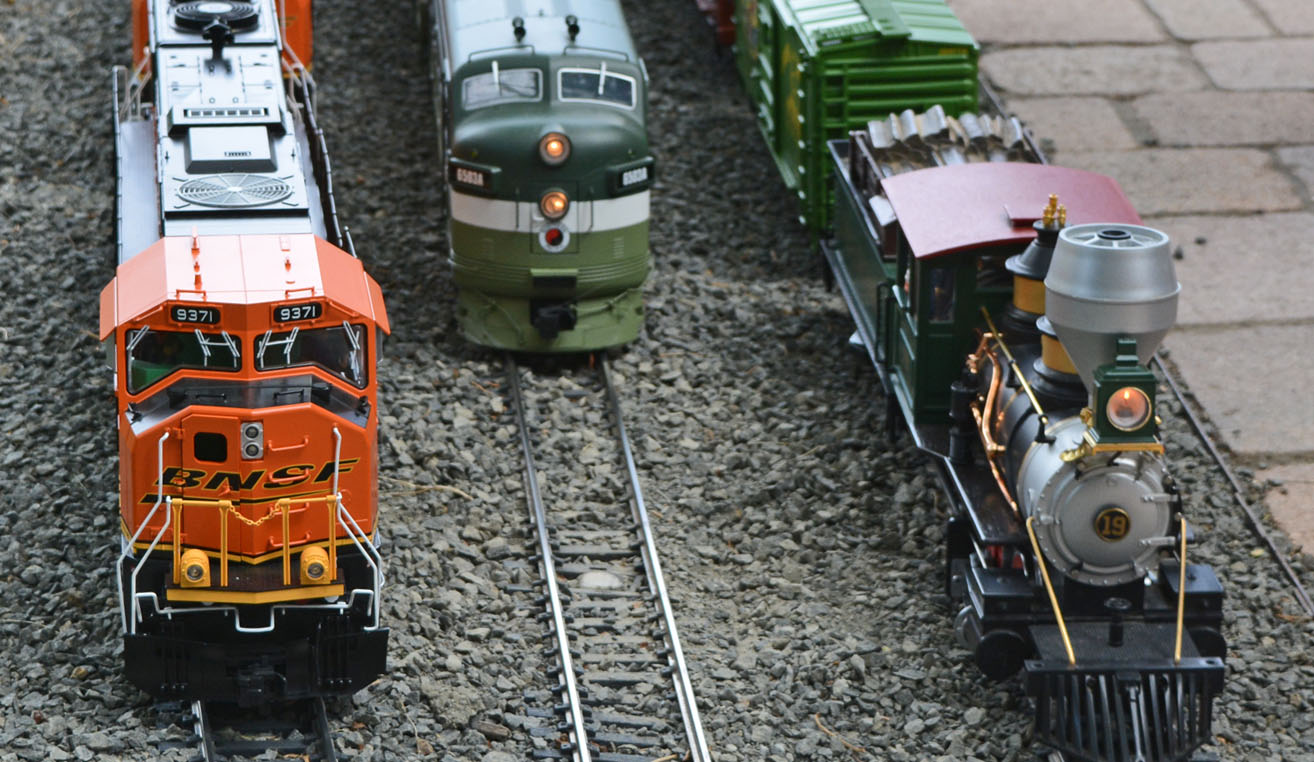 Model Railroad Scales
Model Railroaders have a number of commercially available scales to choose from for their hobby. The most common scales include N, HO, S, O, and G.

What is a railroad “gauge” versus a “scale”?
Railroad “gauge” refers to track size whereas “scale” measures the size relationship between a model train and its real-world train prototype. For example, a model locomotive that is 1/24th the size of the real thing is called 1:24 scale. Sometimes you’ll see the terms “gauge” and “scale” used interchangeably even though, technically, they’re different.

G scale emigrated from Europe, and is most often used in garden railways. Major makers include USA Trains, Bachmann, PIKO, and LGB. G scale was first introduced by the German company, Ernst Paul Lehmann Patentwerk, under the brand, Lehmann Gross Bahn (LGB) in 1968. This first line of G-Scale Trains was available in Europe and the US and included steam, electric, and diesel prototypes.

Garden Railroads
G-Scale is frequently referred to as “Garden Scale”. It is one of the largest scales available in model railroading. Its size and durability make these trains well suited for outdoor layouts.
Garden Railroads are model railroad layouts placed outside, usually winding through backyard landscaping. Garden railroads can be described as the marriage of two hobbies; model railroading and gardening.

See also “What is a Garden Railroad?”